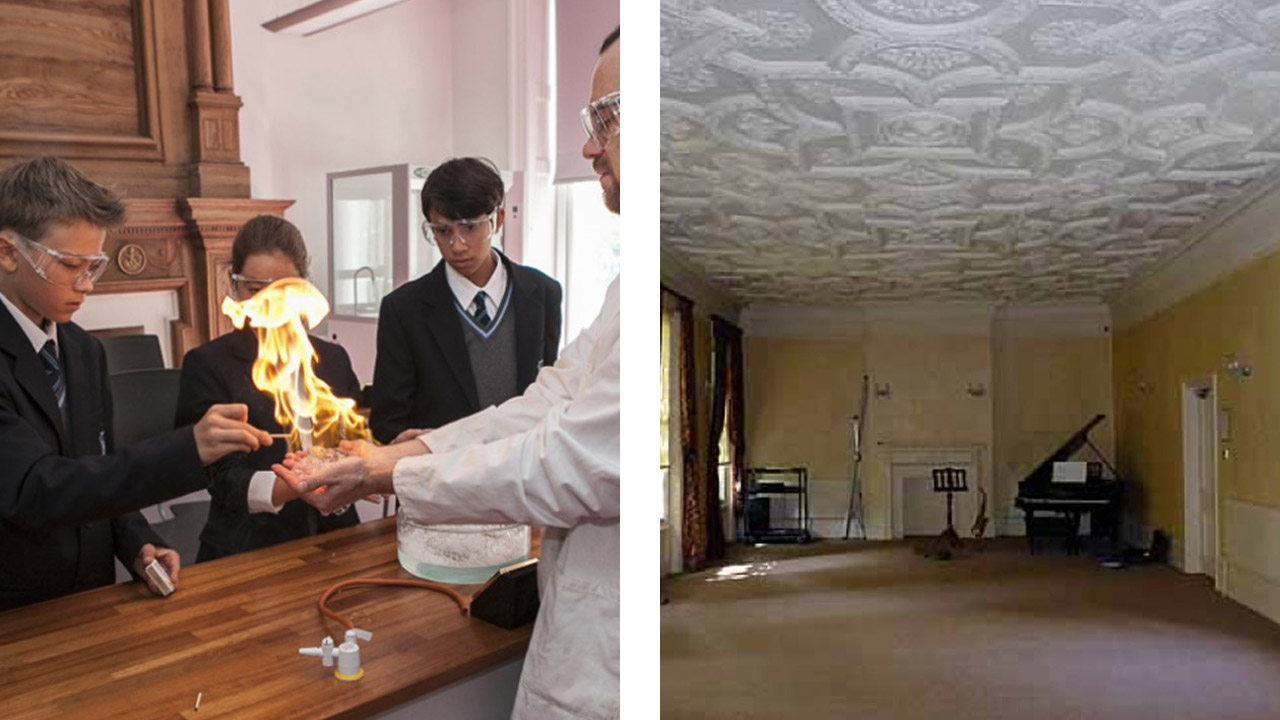 The buildings are the reclad east wing of Canonbury House, founded by the Canons of Smithfield during the reign of Henry III.  The majority of the existing fabric dates from the time of Sir John Spencer (1570-1610), with fine plaster ceilings of 1599, though prior to this the house passed through the ownership of several prominent post-dissolution figures, including Thomas Cromwell, John Dudley and within in the jointure of Anne of Cleves.

The conversion of Canonbury Academy provides an independent sixth form centre  for the area as well as a natural progression for students at the nearby Cognita Schools North Bridge House.