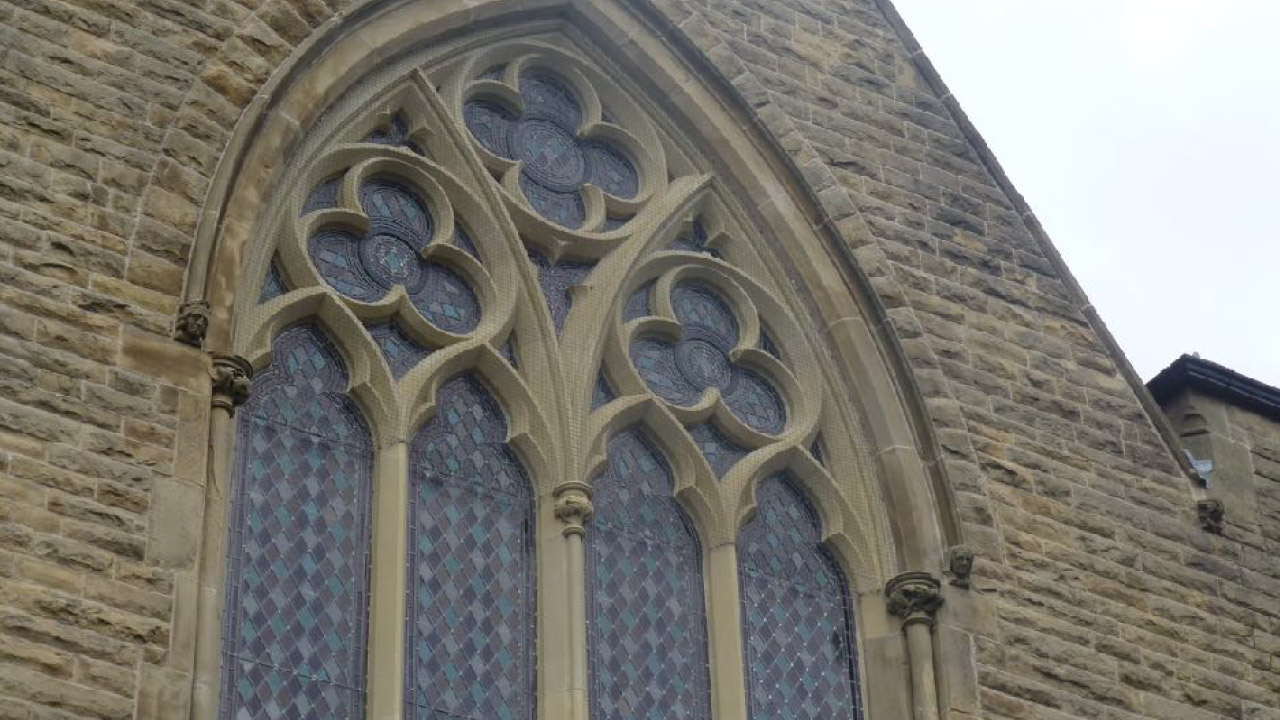 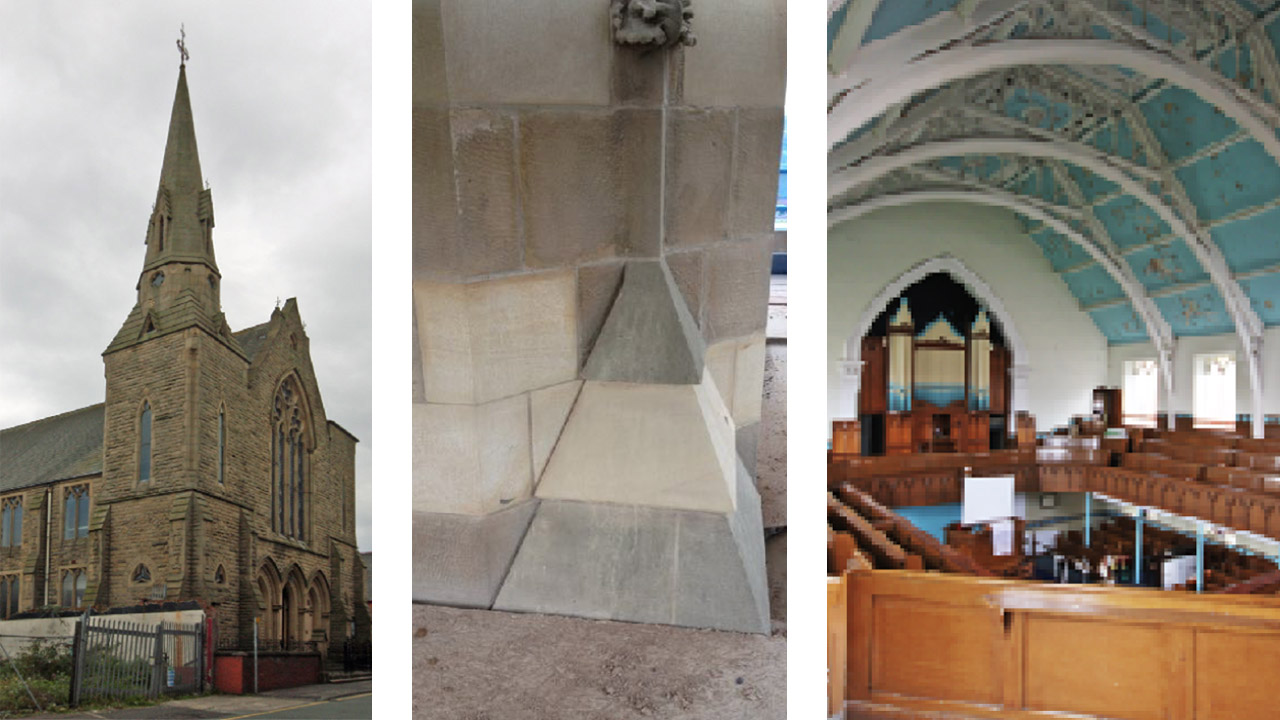 Three phases of repair to the listed church former United Reformed Church have been carried out funded by the HLF Places of Worship Scheme. A fourth grant funded phase is now underway.

The first phase made safe the west end of the church which was leaning over Grimshaw Street at the edge of the City Centre. The west window was removed and restored, together with renewal of all of its tracery.
The end bay roof and roof structure was renewed.

A second grant phase, completed in 2013-2014, involved the rebuilding of the spire. This allowed metal reinforcement to be removed which was rusting and bursting the stones, causing masonry to fall into the street below.

A third phase of works has rebuilt the wall tops and stone repaired timbers and braced the trusses, resetting all the side windows. This work is required as the roof, was spreading and in danger of collapse.

A fourth phase of HLF funded work is for the renewal of the roof slates. This is ongoing. In addition to the grant funded works we are also advising on the renewal of the heating system for the church and the attached school buildings. These are used by both the Adventist Church and another local evangelical congregation.